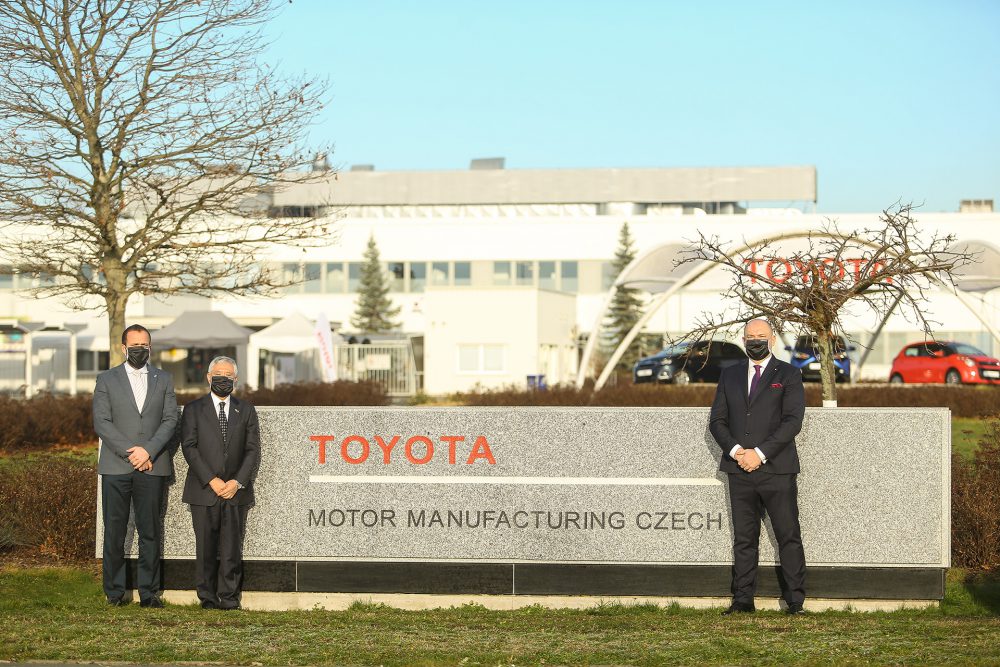 The new name of Toyota Motor Manufacturing Czech Republic was unveiled today at an opening ceremony  with the participation of Mr. Koreatsu Aoki, President of the Toyota plant, Mr. Martin Peleška, director of Toyota Czech Republic and Michael Kašpar, Mayor of Kolín. In line with its new corporate identity, the plant also introduced a new company logo and, following the example of other European plants, will be known as TMMCZ.

The Kolin plant has been producing the A-segment models Toyota Aygo, Peugeot 108 and Citroën C1 cars since 2005 and TMMCZ will continue to do so for both companies. The plant is one of the largest exporters in Czech Republic for these city cars, characterized by their reliability, low fuel consumption and emissions. The company which employs more than 3,500 people, is the largest employer in the region and has influenced the development of the Kolín region in the past fifteen years, not only by creating thousands of jobs, but also by supporting charitable projects.

Toyota invested more than 4 billion crowns in capacity expansion and modernization of the production plant. This investment has enabled the introduction of Toyota’s New Global Architecture (TNGA) allowing the plant to start manufacturing   the new Toyota Yaris, including hybrid technology in the second half of 2021.

Koreatsu Aoki, President of the plant, commented on the change: “As from today, our plant is part of the Toyota group, which now has 8 fully owned manufacturing plants across Europe. Increased demand for our cars and the preparation for the start of production of a new model means that our operations will move to 3 shifts from 28th of February. The factory which is one of the biggest exporters in Czech Republic, utilizes a broad automotive supply chain within the Czech Republic.”

Martin Peleška, the director of the Toyota Czech, added: “Toyota has been growing in market share to the 5th place in Czech Republic. The full takeover of Toyota’s modern production plant near Kolín and further investments in Toyota Yaris production are good news for the Czech Republic as well.”

The Toyota family has a strong presence in the Czech Republic, with the National Sales and Marketing company, Toyota Central Europe Czech, in Prague, the Logistics and Distribution Center for Spare Parts in Krupka and, of course, a wide representation of Toyota and Lexus dealers, aside TMMCZ.

“Our commitment to the Kolin plant demonstrates Toyota’s philosophy of producing cars where we sell them and our long-term manufacturing presence in Europe. Introducing both TGNA and Hybrid in TMMCZ is in line with our developments and strategy throughout the European region.” commented Dr. van Zyl, President and CEO of Toyota Motor Europe.